Welcome to the Fractured Realm! Enjoy your stay and get ready for the Rifts

!!!MAKE SURE TO READ THE BOOK IN THE INVENTORY TO GET BASIC INFORMATION ABOUT SOME SPECIAL STATS!!!

The rates for the server are completely modified to make progression more linear, as such, there's no way to specify the rates in the regular way. The feeling is between 10x to 100x depending on current level and clear speed. However, it'll never feel too fast or too slow, and albeit Lv9999 is possible, it should take a CONSIDERABLE amount of effort, since leveling as usual isn't enough.

The max level must be increased either by rebirthing, farming regular monsters for soul levels, killing regular or rift mvps on training with master ken on the west wing. Each soul level also gives you 10 stat points. 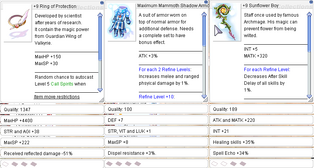 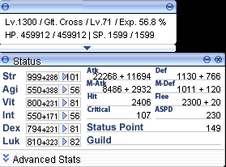 All the items have the possibility of being modded, no exceptions. 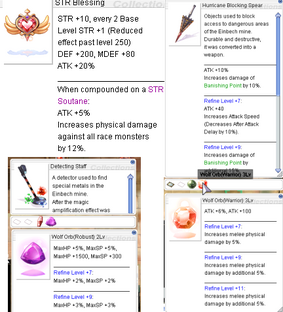 The main leveling feature past lv 100, rifts give new challenges and keeps the game fresh. You can find the level of the rifts in a given map on the warpstones, which will always tell you the normal level and the level of the rifts that spawn on that map. Rifts can be found with a purple cross on the map and also are tracked on the world map with their corresponding levels.

Fractured Maps can be checked on the Rift Tracker Monica NPC in the Castle.

During the course of playing the game, you will likely encounter several references to the terms Soul Power, Soul Reaver, and Soul Points.

Community content is available under CC-BY-SA unless otherwise noted.
Advertisement